Why I haven't updated, and New Year Art Journey 2017 Begins

I apologize for not having updated sooner. I don't usually tell much about private issues but I feel I need to tell those of you who have been supporting my journey and may have been wondering what was going on. I'm doing better now emotionally so I'm ready to talk about it all. This is a long blog, you have been warned! :)

Back in May 2016 I had to put my oldest kitty, Pistol to sleep. She was struggling with so many problems age wise it was so sad. It was so hard for me, especially because I still wasn't over losing my Boog in Aug 2015 and then I had to say goodbye to another furbaby. 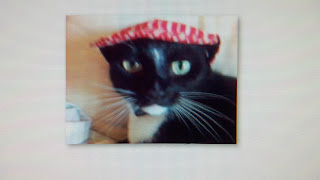 Then came along the anniversary of  Boog's passing. It was so hard to shake. It took about a month to get through the last of the anatomy videos and to post that progress. 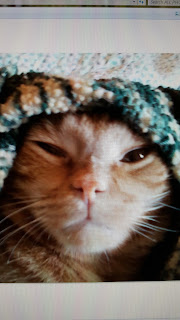 Then BOOM! another heartache hit me out of nowhere. Little Stuart, who was a diabetic and ate special food and took insulin, became ill on Sept 4, 2016 and went to the vet. They did blood work and he had off the chart acute liver failure. I was DEVASTED!!!! They didn't even think a tube would help which I vowed never to tube another baby again. I syringed fed him for a few days and he did ok. I took him in that Saturday to see if I needed to put him to sleep. The vet said he looked good (not jaundiced yet) and was eating decent via syringe,so I took him back home to cuddle and love on him. Saturday night he quit eating, Sunday he went downhill fast. I knew from my experience with Boog it was time. So I had to put Stuey to sleep. I'm tearing while writing this but I'm going to be ok. I researched and found out that with him being a diabetic and a seal point somewhat, made him a risk for this. 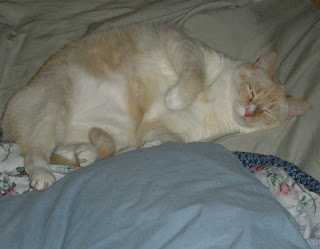 Then a month later, Oct 8, Tinkerbell went on her usual monthly 2 day vacation that some of the older ferals (Mamma, Tuffy, Big Daddy Mufasa) take. On October 10th, the neighbors down the road decided that Columbus day was yet another holiday they needed to shoot off fireworks. Those people live about 3 houses down the hill, about 5 acres away and are constantly looking for any excuse to shoot fireworks. I figure Tink was trying to come back home and the cannon type fireworks they shoot off scared her off. She ALWAYS came back home in 2 days. All my feral cats are smart and know the routes of the coyotes and when they come out etc. And not to freak some of you out, I did get a very strong sign from the Universe that she was still alive in March. I just miss her so much. 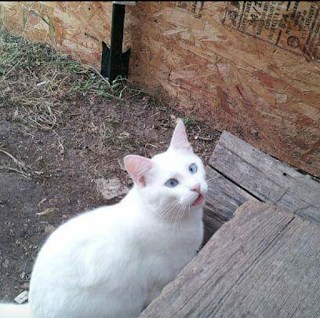 Then Henry had gotten a bite on his neck and it was infected so he had surgery to drain that and sprained his back and had to stay inside for three and a half weeks. Vet said a cat fight, but I think it was from a field mouse that ran up a tree and Henry fell off. He had no scratches on him at all which is what you'd see from a cat fight. And I have seen them chase these big field mice up trees on our property.

Then Charming sprained his knee again, Rumpel sprained his tail (craziest thing I've ever seen) which healed in a week, we don't know what happened to Snow but she got an antibiotic and started to eat again. And then Mufasa got hurt (he was always coming home with scratches on his face) and had to have surgery and now he is an indoor kitty! He actually likes being inside. He is a cuddler and loves all the Mommy time he gets. I've tried to keep the others in but they get really agitated so I don't force it. 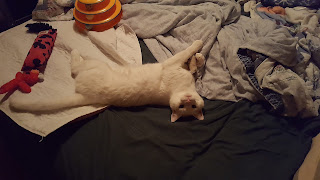 Mufasa who likes to be called Baby Boo now.
(What Hiccup says to Toothless on How to Train Your Dragon 2)

During all of this of losing kitties,I tried to draw, didn't feel like it much but I did get some Schoolism drawing done, and I drew some easy things from Chris Hart YouTube videos. 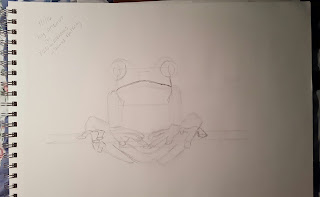 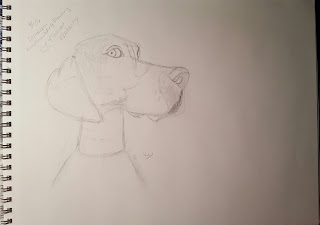 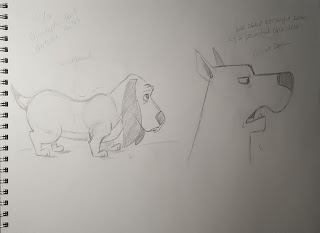 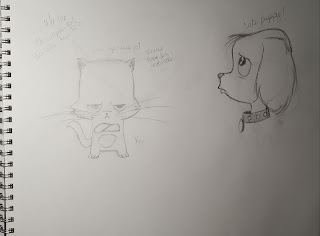 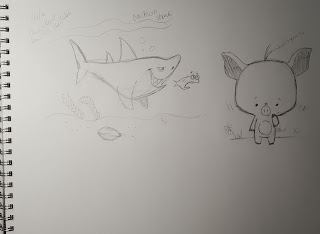 My drawings from Chris Hart YouTube videos just for fun and practice of drawing.


I do love my  colored pencils, so I had drawn Elsa from Disney's YouTube Channel and decided to color that for hubby's Christmas present. My first try wasn't very good, so I redid it on different paper and practiced different layers for the skin etc and this is what I came up with. It was very therapeutic at the time. 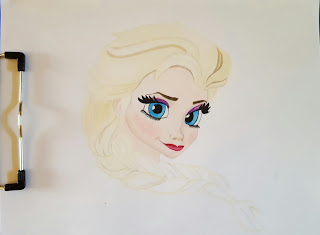 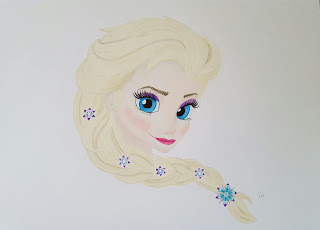 Second try (sorry the photo is so blue)

*Insert Note:
At the time of first writing this blog it was in January this year. Now it is July and I'm finishing this blog post!

I've been so busy learning so much. As some of you know my computer went crazy on me around October with the new windows updates and things kept running in the background so I couldn't use it, hence the analog way of drawing with my lessons.

Here is a list of the classes I've taken so far and some photos that I can show.

At Schoolism:
Drawing Fundamentals with Thomas Fluharty (dog and frog above)
Gesture Drawing with Alex Woo

At Craftsy:
Perspective for Sketchers with Stephanie Bower
The Essentials of Sketching Architecture with Stephanie Bower
Essential Perspective Linear Techniques by Patrick Connors
Colored Pencil Essentials with Susan Rubin
Realistic Textures in Colored Pencil with Cynthia Knox
Essential Techniques for Better Drawing with Patricia Watwood
Dynamic Detail in Pen and Ink with Steven Reddy (I learned inking grayscale with this one)

I have a few more classes on colored pencil drawing I will get to sometime, I have watched them and learned valuable information that can be carried over into any media. 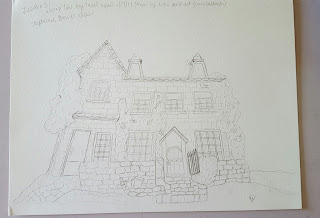 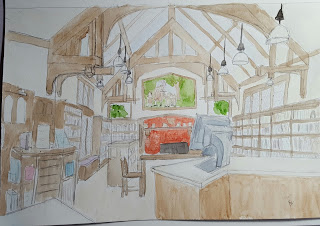 The Essentials of Sketching Architecture 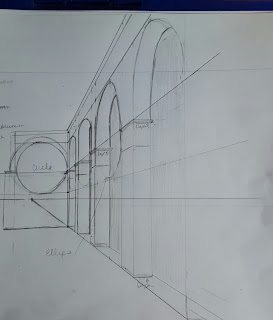 Dynamic Detail in Pen and Ink 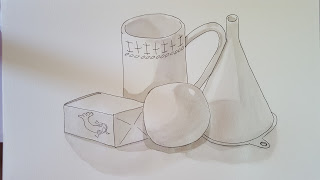 I'm still working on this class and another of his classes at Craftsy. But this was really helpful in making me see the lights and darks.

I'm also still learning "The Fundamentals of Lighting with Sam Nielson" at Schoolism.  This class is tough one! It is really stretching the ol' brain muscles for sure. I'm having to use pencils even though this is being taught for digital. Lighting is so important in illustration and animation. It is like one of the leading characters if you stop and think about it. And there is so much to learn about it to get it right. Sam says it takes awhile to get the hang of it and it won't happen overnight. Now I see why there are these long lists of names under "Lighting" in the animated movies, as well as the other departments. 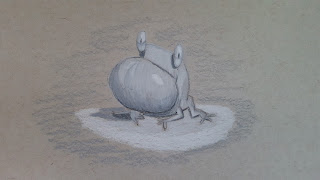 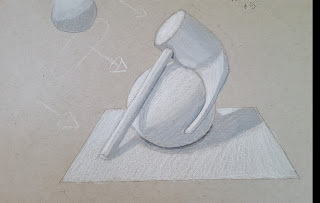 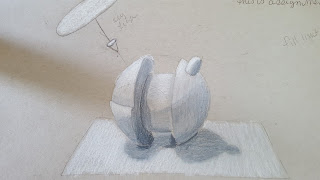 I've also played around earlier this year with colored pencil tutorials on YouTube from Kirsty Partridge and every now and again quite a few perspective tutorials from Circle Line Art. 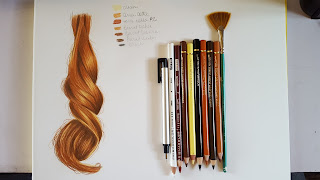 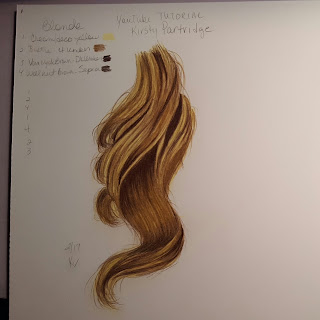 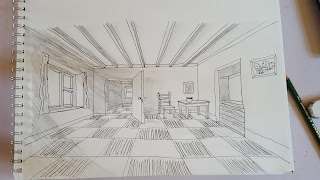 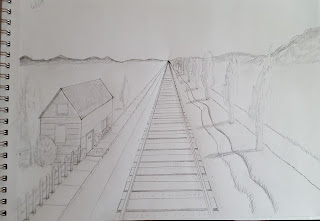 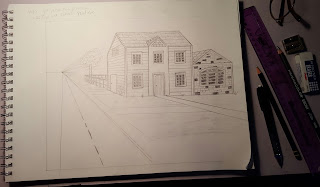 I also used this book on perspective "Perspective Made Easy" by Eernest R. Norling, and did a lot of notes and drawing with it, here is a reflection drawing I admit I was proud of this! 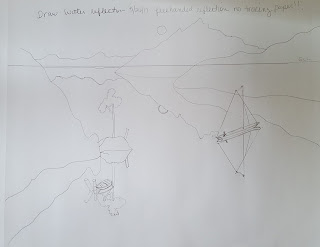 So now the other day (July 21,2017), Schoolism and Craftsy sites have been acting up on my husbands laptop I've been using for accessing these classes. It is an old XP version so it is understandable. I get "unsupported browser" a lot.  I started to panic, (and was frustrated about computers around here not working!), and then realized how much I truly miss digital. And when I started these classes and this art journey it was because I wanted to learn from the digital masters and create beautiful digital illustrations. I do enjoy pencils and watercolors, but my heart belongs to digital. My husband wants me to go back to digital drawing too and in all the classes I've taken I keep hearing "do what you love." I've been listening to Monday Morning Art Talks by Stephen Silver on YouTube again recently, (he is also an instructor at Schoolism), and his talks have also made me realize that I need to learn what I want to do and stop messing around with pencils and watercolor for now.

I have wanted an iPad Pro for some time now so I broke down and finally got me and iPad Pro 12.9 with an Apple Pencil Saturday. It will be here in 2-3 weeks!! I hear using Procreate is as good as Photoshop, so I'm looking forward to going back to digital to learn. I'm still going to get my desktop fixed, but our house gets too hot these days to even use it so I'm waiting until it cools down because I'll be wanting to get on it too!

Well, I think that sums up the last 7 or so months of what's been going on. Thank you for reading. I know it was a long update. I will make them shorter in the future and really try to keep up with them.

Have an awesome week!

Posted by KLeighE of Hinterland Harmony Illustrations at 7/24/2017