My Art Journey Drawing Anatomy From My Mind 1

Hello and welcome to my art journey!

I started practicing drawing different styles of eyes in January 19, 2015 by watching Sycra on YouTube. 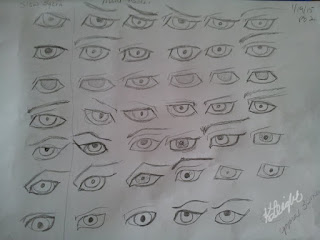 These I sketched out Jan 23, 2015 during commercials on Hulu while watching Sleepy Hollow.smile emoticon
I found this hint from DeviantArt to get eyes the same proportion and level to one another (it's hard for me to do) : draw a box and put those eyes in there! 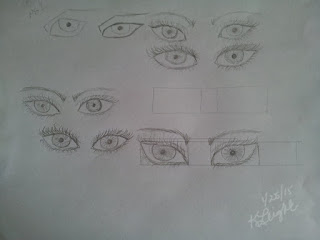 Then I happened upon Alien Think when I searched "anatomy form art" or some such thing. I started on 3/18/15 learning The Structure of Man - Learn to Draw the Human Figure from Your Mind with Riven Phoenix. There's not a lot I can show from most of my drawings because they have "formulas" I'm not to share. But here is the skull and placement of brow,eyes, ears, nose, cheeks, jaw & mouth in relation to one another I practiced on 4/26/15. Now instead of winging it, I can actually draw the head in many different angles much much faster and not be frustrated. 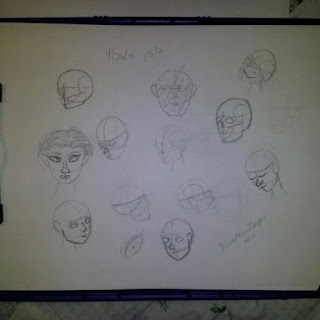 4 months later, after a lot of practice and going through almost a ream of copy paper (I'll buy sketchbooks AFTER I know what I'm doing! ) 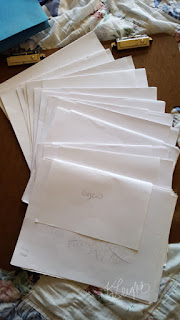 I have completed the skeleton course section On 8/21/15 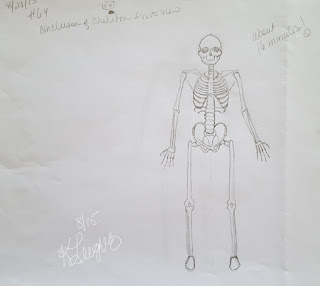 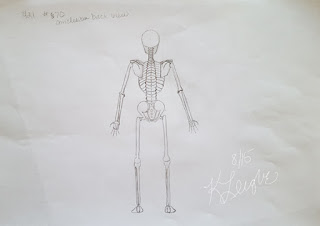 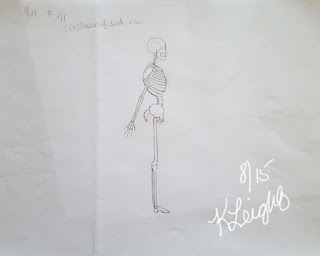 I was pretty excited about completing this and moving on along to the muscles section. 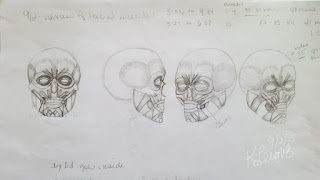 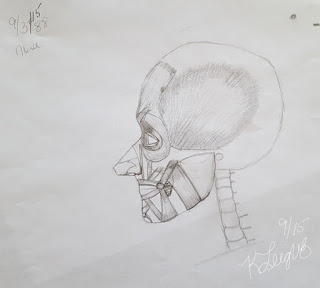 Then my phone died! I had all my kitten videos still on there but I also had them on my computer. So I spent a few months uploading photos and videos to Flickr and YouTube and restarted my Anatomy lessons again on 12/24/15.

I was amazed at how much I remembered, but he teaches in the peg memory management way. So only after a few weeks of only drawing an hour a day, going through 19 videos, I was able to whip this up 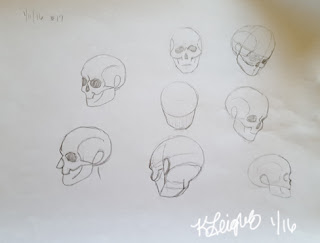 I'm also using my big computer to watch the lessons on a large screen now instead of my little tablet, and it makes a HUGE difference in seeing things more clearly too. 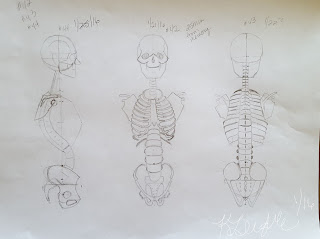 Then I had a custom t-shirt design to finish for a client, update my website and blog and now I'm ready to continue again.

I'm going to be practicing the last pic I showed you (but with the side view completed with ribs) until I know it like the back of my hand. I will update you on Friday!

Thank you for stopping by, have a fantabulous week!

Posted by KLeighE of Hinterland Harmony Illustrations at 2/16/2016